I’ve Been to Metalfest Austria

Yes, a 4-Day metal festival! There was lots of rain and temperatures < 10 degree celsius, but we met very nice people with a pavilion, camping chairs and a fire, so it didn’t matter. Thank you guys and girls if you read this!

Ah it was so good, almost like being young again. The week at work was close to torture, I haven’t been that tired for a long time, but never mind. This sure won’t be my last festival.

Sadly, I had problems with my cam, so there aren’t that many pics to chose from.

Well, the pineapple on the second page contained something very tasty and very alcoholic. After drinking from it I dragged out my sketchbook and sketched that beer. The pineapple is a guest sketch by our neighbor and pineapple donator. Was the only occasion on the festival I was crazy enough to sketch.

The photographer on the stage is the very guy who supplied the pineapple and sketch. Check out www.apesmetal.com for his work.

Another one of our photographer neighbors. I hope you guys don’t mind, but if you want me to take these pics down just say so. 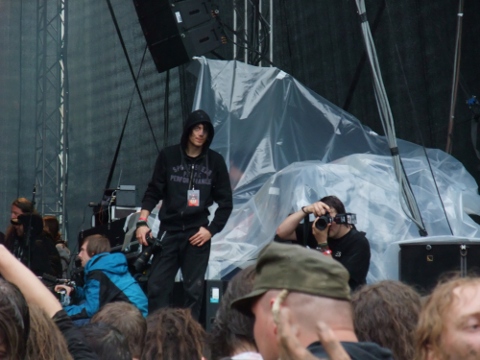 These are Six Feet Under, I think. They did a very good show, and it’s one of the few acceptable band photos I’ve got. 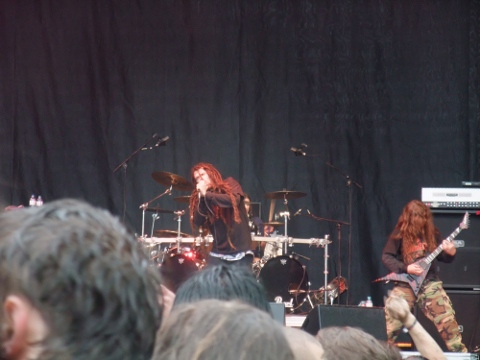 I have Inet again, and hopefully my blog is back to normal now.
I had a great weekend. I was at a heavy metal gig, and I saw an exhibition about the graphical works of Albrecht Dürer. The concert was great, 4 hours of plain in-your-face heavy metal. Splendid. It may well be that I post some more concert pics, and/or write something more substantial about Dürer, but right now I have no time for that.
I also did a little bit of drawing, but you’ll have to scroll to the very end of the posting for that.

Yay for H.E.A.T!!!
They were the perfect opener – They are a newish swedish band playing 80ies style heavy metal. Absolutely great if that kind of music is what floats your boat.

Yay for All Ends !!!
Just as great as the rest of the evening. A band with two female singers, somewhere in between rock and metal.

Yay for Edguy !!!
The photograph does not show the lead singer, but is one of the best shots I got. I’m kinda small, that makes it hard to get good photographs on such occasions. 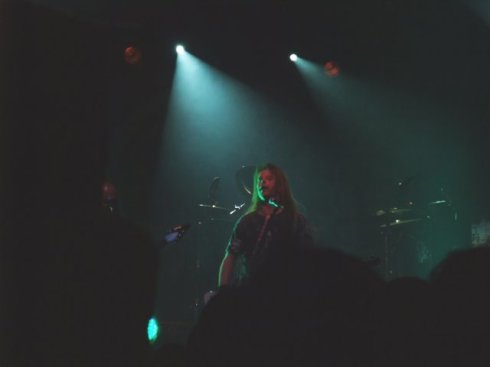 Yay for Albrecht Dürer !!!
I saw an exhibition about his woodcuts and other graphical works. Apparently he was the first one to use woodkut as a truly artistic medium, not just as illustrations for cheap, mass-produced books as before. He also took the medium to new levels, they are nearly as finely done as his copper engravings.
This one, Hironymus im Gehäus, is an engraving of course, but one of his most famous and it filled me wit awe to see an original copy of it. More of his works here (the ist is German, but easy enoug to navigate without understanding much).

Yay for being lazy !!!
This is the only creative thing I did this weekend, it is going to be a linocut that will be used to add some interest to my chicken scratch sampler. The white areas will be cut away. I used water a watersoluble white coloured pencil, you can “erase” it with a wet Q-tip on a lino plate. This is not what we learned at school about how to do linocut, but for me this is the quickest and most intuitive method to design linocut.

Well, That’s a German metal band, and I’ve been to their concert earlier this night. They were great, the gig was one big party. The support, End of Green, were great either. It felt so good to party, I’m not doing this often enough these days. I guess I had one beer too much to post anything about fiber art right now. I brought my camera, but found it really hard to use it in that kind of light, I’m showing some of those I got. 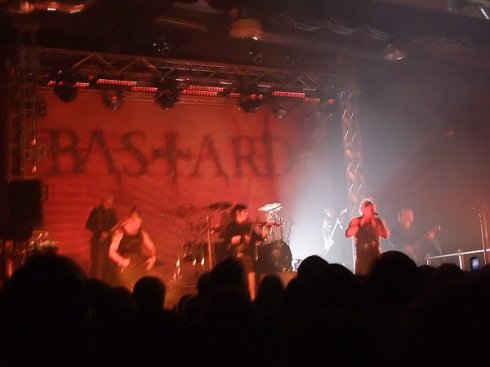